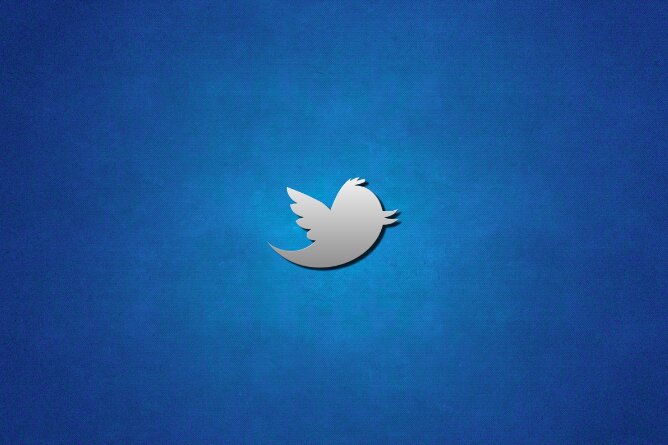 For this project, we use primary data of Twitter by crawling on 28th - 29th of May 2019. Further, the data is in csv format (comma delimited). It refers into two topics, the data of Joko Widodo which contains the keyword “Joko Widodo” and the other one is the data of Prabowo Subianto that has the keyword “Prabowo Subianto”. These include several variables and information in order to determine user sentiment. Actually, the data has 16 variables or attributes and more than 1000 observations (for both data). Some variables are listed in Table 1.

Data exploration aims to get any information and insight from Twitter data. It should be noted that the data had been conducted text pre-processing. Exploration is carried out for variables which are considered quite interesting to be discussed. For instance, the variable of Created 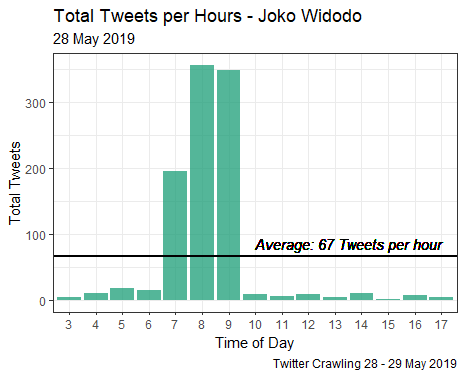 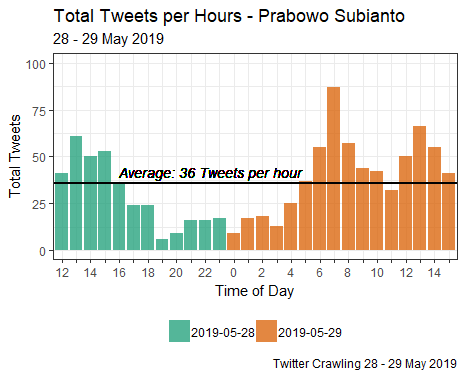 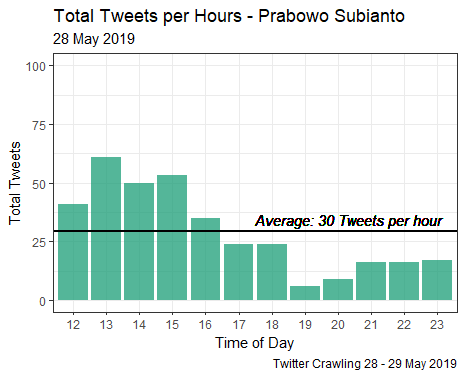 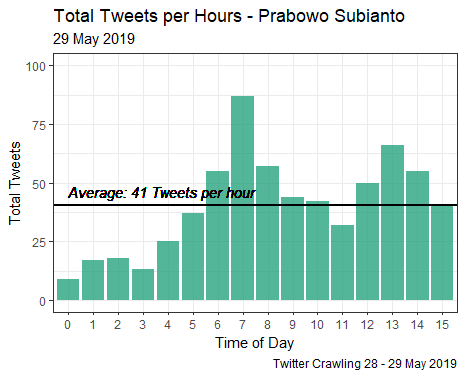 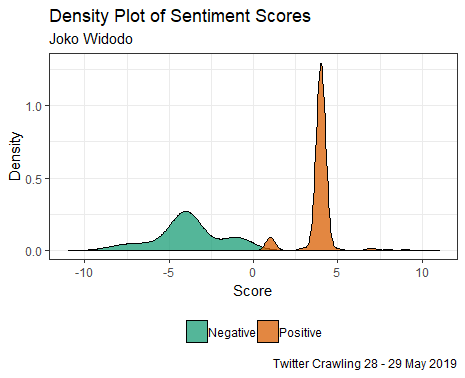 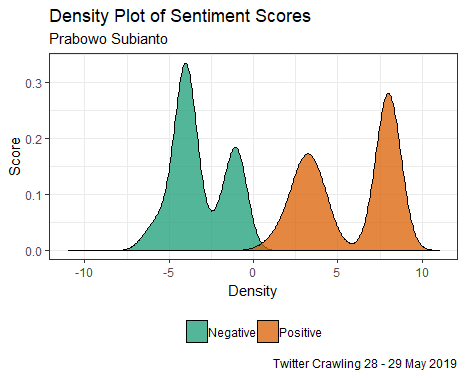 Figure 3 is the barplot of number of tweets with keyword “Joko Widodo” and “Prabowo Subianto” on 28th - 29th of May 2019. Based on Figure 3 (left), it can be concluded that the average of tweets per hour uploaded by users which are talking about Prabowo Subianto is less than the total of tweets in two days of 30 tweets per hour. Twitter users are less active talking about Prabowo Subianto at 19:00 - 23:59 WIB. It is caused by the breaktime of Indonesian. However, the tweets with its topic always update at midnight because of users who live abroad nor users who are still active. Then, the users starts the activities at 04:00 WIB to its peak at 07:00 WIB, then drops until it rises again at 12:00 WIB. 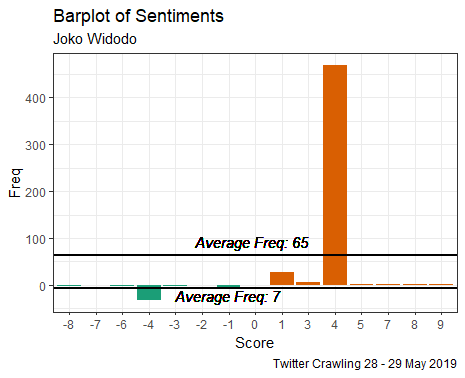 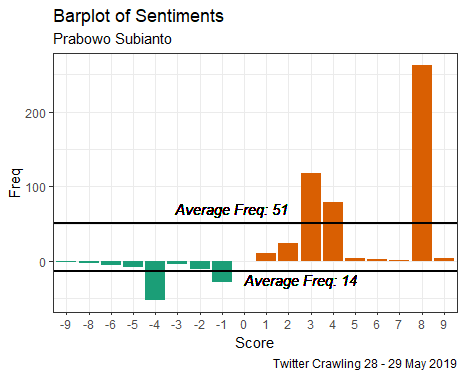 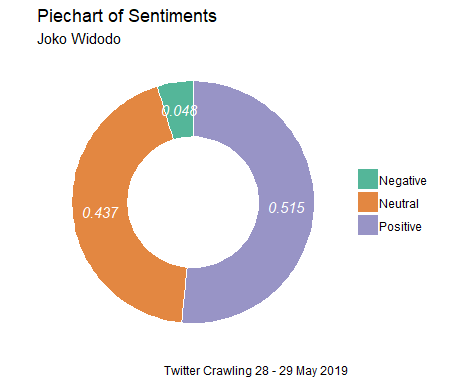 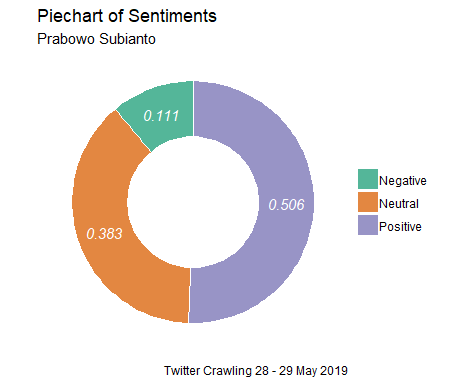 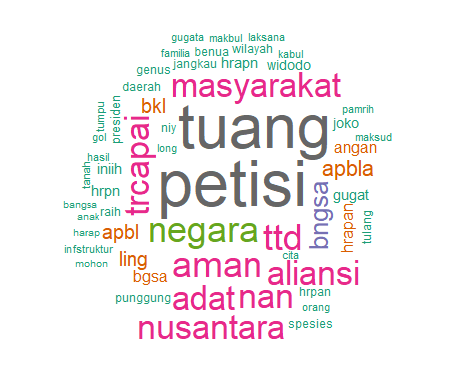 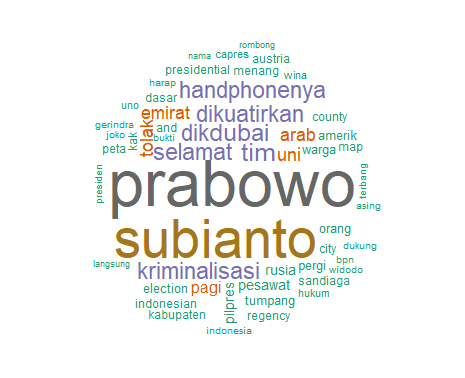