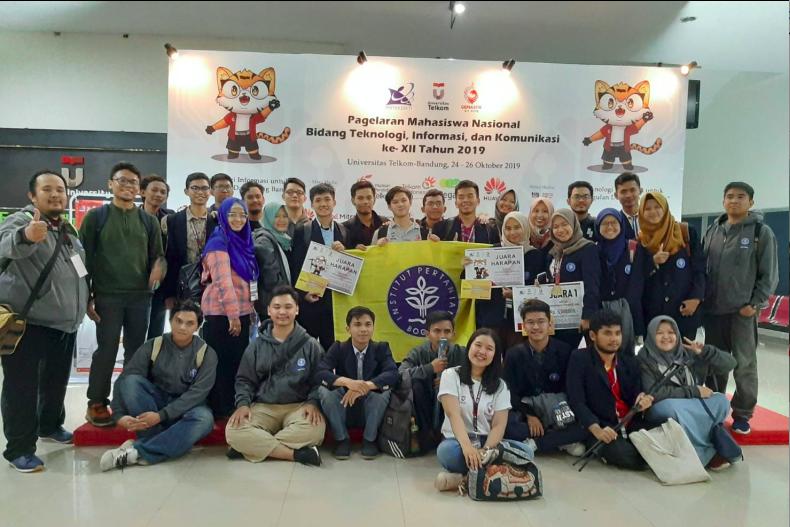 “There are nine teams of IPB University students who made it into the final round. Alhamdulillah, there were three teams got medals, ie one gold medal and two honourable mention medals. The contingent of IPB University in this competition consists of nine teams in five competition divisions. These are three teams in the Cyber ​​Security, two teams in the Software Development, two teams in the Data Mining, one team in the ICT Business, and one team in the Programming. The contingent consists of 27 students from five study programs, namely Computer Science, Statistics, Physics, Communication Science, Community Development, and Computer Engineering along with supervisors and support teams,” said the Director of Student Affairs and Career Development, Dr. Alim Setiawan.

The students that got the gold medal were Yasmin Salamah, Tsonya Yumna Afifa, and Rahma Dany Asyifa with the supervisor lecturer Auzi Asfarian, M. kom. They got a gold medal in the field of Software Development. Yasmin and the team developed Thymun, a Smart Health Community to improve the health and well-being of people with autoimmune conditions in Indonesia.

Meanwhile, the Danakirti team got the honourable mention medals in the ICT Business. Danakirti is a Future Breeder Society through livestock traceability to improve the competitiveness of smallholder farmers in Indonesia. This team consisted of Yudit Yudiarto, Fadia Ramadhana, and Coeur d’Alene Ahmad Al-Banjaran with a supervisor: Dr Yani Nurhadryani.